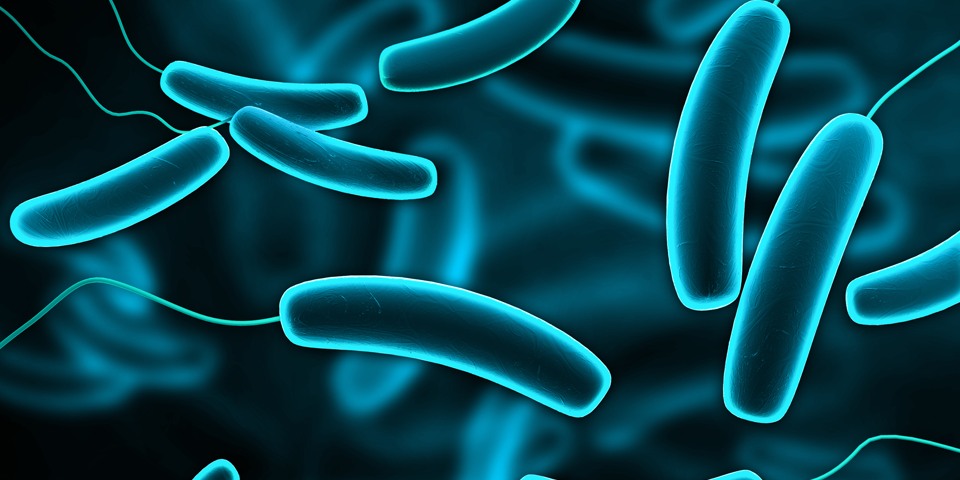 The advent of warmer weather brings the concern over microbes in our water. Rising temperatures, spring runoff and increased animal and bird activity all contribute to the rise in bacteria counts. Some of these microscopic creatures find their way into various water supplies, and multiply under favorable conditions. Let’s look at some of the common types found in well water, and the means to treat them.

Coliform bacteria are a very large family, encompassing many strains. The great majority of these are benign to humans. Some coliform strains such as Escherichia coli (E. coli) grow as a normal part of digestive tract of mammals, helping metabolize food. Their presence in drinking water serves as a strong indicator of sewage contamination, and certain mutations of E. coli emit a potent toxin that can cause sickness and even death. Because E. coli can hide in a larger population of coliforms, a lab test will fail a sample for the presence of any coliforms. Well disinfection using chlorine is one way to try and knock out the contamination. Other effective methods include reverse osmosis and ultra-violet treatment. It should be noted that any persistent presence of E. coli in well water strongly mandates not consuming the water until the well can be professionally evaluated for integrity.

is a nasty bacteria that infects the digestive tract, causing severe stomach and intestinal sickness. The most common outbreaks in this country occur in small water systems using inadequately treated surface waters. Proper chlorination at the treatment source is necessary. However, for homeowners wanting to protect themselves, either whole house treatment with an ultra-violet unit or a reverse osmosis system for point of consumption treatment are good options.

is a bacteria that is typically vectored to humans through animal feces, often migratory waterfowl infecting the local reservoir. Any wells located adjacent to lakes, ponds or rivers can become contaminated by proximity. Unlike many other forms of bacteria, Cryptosporidium is very resistant to chlorine disinfection, but can be filtered out by reverse osmosis or inactivated by the use of an ultra-violet light filter.

Well water with a rotten egg smell that gets stronger in the summer months may contain one or more strains of sulfur-reducing bacteria. The egg smell is hydrogen sulfide gas, which is emitted by the bacteria as a metabolic byproduct of their digestive process. Other microbes that metabolize elemental substances include iron and manganese bacteria, such as Leptothrix and Crenothrix. While they pose no threat to humans, these bacteria are undesirable in drinking water. Often a seasonal well disinfection will reduce or knock down their population to a level that is not problematic.

If you haven’t had your private water evaluated for bacteria in a few years, it’s a good time to do so again. Bacteria often go undetected.

Contact a certified water specialist to have your well evaluated.