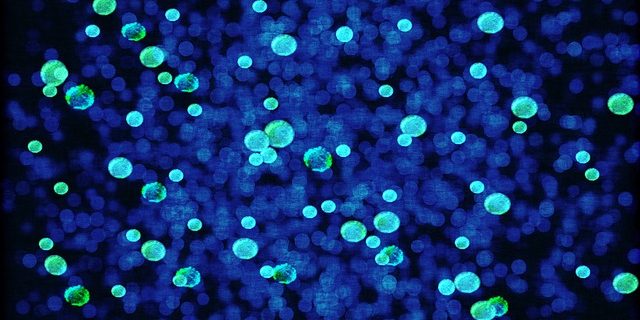 While bacteria in well water is more commonplace in warmer months, it can live there year-round. We test for coliform bacteria  in well water, but it’s important to note that coliform is a large family with many strains, the majority of them benign to humans. However, Escherichia coli (E. coli) in your well water is a concern.

E. coli grows as a normal part of the digestive tract in mammals, helping to metabolize food. Their presence in drinking water is a strong indicator of sewage contamination, and certain mutations of E. coli emit a potent toxin that can cause sickness and even death.

Because E. coli can hide in a larger population of coliforms, a coliform bacteria lab test containing E. Coli will show as a fail.

Well disinfection using chlorine is one way to try and knock out the contamination. Other effective methods include reverse osmosis and ultraviolet treatment. Any persistent presence of E. coli in well water strongly mandates not consuming the water until the well can be professionally evaluated for integrity.

Proper chlorination at the treatment source is necessary. However, for homeowners, either whole house treatment with an ultraviolet unit or a reverse osmosis system for point of consumption treatment are good options.

Cryptosporidium is a bacteria that is typically vectored to humans through animal feces, often by migratory waterfowl infecting the local reservoir. Any wells located adjacent to lakes, ponds or rivers can become contaminated by proximity. Unlike many other forms of bacteria, cryptosporidium is very resistant to chlorine disinfection, but can be removed by reverse osmosis with our K5 drinking water station and the Kinetico Purefecta guard.

This is the only reverse osmosis application that can remove bacteria or cryptosporidium. Regular reverse osmosis membranes are not suited for bacterial removal. UV lights also do not solve for cryptosporidium as they are encased in a hard shell that is resistant to UV so we have to use ultra filtration, typically filters that can filter down to less than 1 micron particle size.

Signs of bacteria in well water

Well water with a rotten egg smell (that gets stronger on warmer days) may contain one or more strains of sulfur-reducing bacteria. The egg smell is hydrogen sulfide gas, which is emitted by the bacteria as a metabolic byproduct of their digestive process.

Other microbes that metabolize elemental substances include iron and manganese bacteria, such as Leptothrix and Crenothrix. While they pose no threat to humans, they are undesirable in drinking water. Often a seasonal well disinfection will reduce or knock down their population to a safe level.

Why are coliform bacteria in well water?

If we test and see that coliform is in the well, we want to look at the integrity of your well and ask questions such as:

If coliform bacteria is present in your well water, a home water system can be installed to eliminate the threat of illness, either at the point of use (sink) or point of entry into the house.

Coliform present even with a water system

Coliform bacteria in your drinking water may not be related to your well. In fact, some of our customers have accidentally infected their own water. For example, some people change a cartridge filter and don’t disinfect it. If you put unwashed hands on a new cartridge,  you could contaminate your own plumbing system with coliform.

We mentioned that most bacteria in water is harmless to people, but if you have concerns about coliform bacteria in your well water, please contact our experts.

Why does my water smell like rotten eggs
January 11, 2022

Steven Savary: Secondwinder Through and Through
December 13, 2019

How to Reduce Your Water Footprint
March 6, 2018
Contact Us
Go to Top