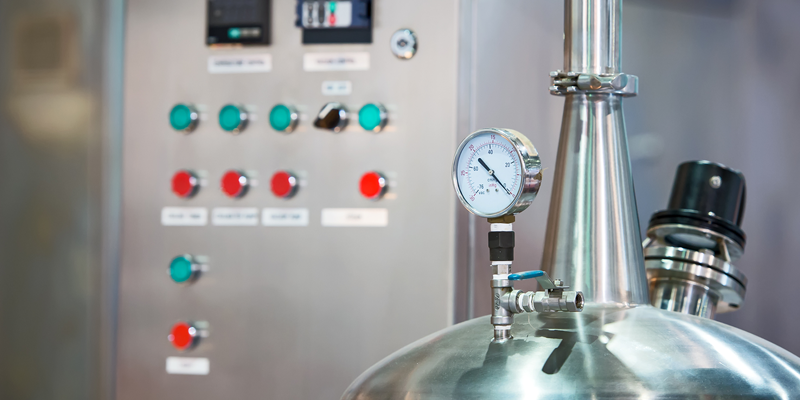 Protecting and extending the life of equipment is a primary focus of commercial water treatment. Hard water can damage equipment that utilizes water in production or as part of an end service. For one processing company client, we installed a hard water protection system to conserve the life of a series of large steam boilers.

What is hard water?

Typically, hard water has a high amount of dissolved calcium and magnesium. People generally see the effects of hard water at home via “soap scum,” or a filminess left behind after cleaning with soap. Hard water makes materials tougher to clean and leaves behind a residue or film.

One of our commercial clients contacted a number of commercial water treatment companies to solicit quotes for a new system.  The company sought a replacement system that their previous provider would no longer service. That system was only 10 years old, yet the company was informed they needed a brand-new system rather than have the old system repaired. Secondwind was one of the companies competing for the job.

The company had a 10-year-old twin tank softener system from a commonly-known water treatment brand. However, they were operating on only one of two tanks because the controller failed on one of the softener valve heads. This caused intermittent hard water to enter the steam boilers.

Any level of water hardness can wreak havoc on steam systems. These systems can cost in the neighborhood of $75,000-$100,000 to install and/or replace. Pre-boiler water treatment is critical to protecting and extending the life of the boilers.

Having only one operational tank forced the boiler plant operator to manually regenerate the unit every day, much more frequently than normal. The facility needed both tanks because they are a 24/7 operation, so this was allowing hard water to enter the steam boiler during each regeneration of the single online tank. The regeneration process can take up to three hours.

When the company addressed their former water treatment provider, they were told that the valve head on the broken tank was no longer supported. They were told that a 10-year-old system couldn’t be repaired. The company solicited other vendors for bids because they were unhappy with this response. They felt like that provider did not care about servicing their system or their business.

Secondwind offered a Kinetico water treatment system that would meet the company’s current and projected growth needs. We installed a non-electric, non-metallic valve head to avoid corrosion, humidity, warm temperature or moisture. This was the ideal solution since the softener is located in a boiler room. Water softeners like the one installed treat hard water by removing calcium, magnesium, and certain other metals in water. The resulting soft water is more compatible with soap and extends the life of plumbing and equipment.

Our cost for the job was 10% less than other bids for the job, and the company said they appreciated that we put our customers’ needs first.

Equipment is often key to the success of end product or service for many businesses. As evidenced above, our commercial applications don’t always have to do with the water employees drink.

Secondwind Water Systems prides ourselves on our depth of personalized service and system design. We have experience with a large number of treatment systems and technologies and we have the expertise to combine those systems to meet even the most unusual requirements. Consider a site evaluation and check the status of your current water system.

Our expertise in customizing water treatment systems for complex problems in large or small businesses is just one of the many reasons why we’re the region’s leader in commercial water treatment.