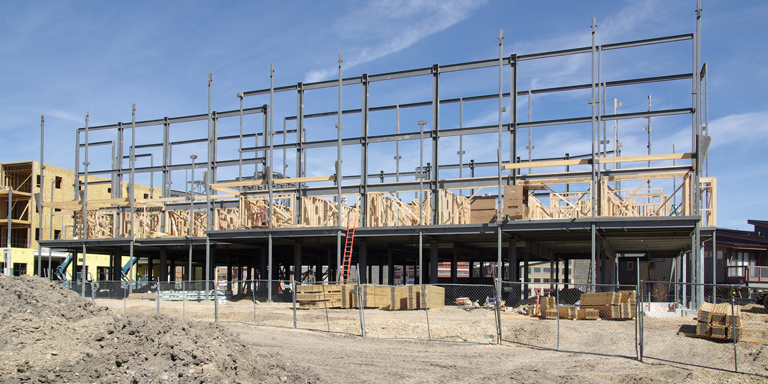 Situation
An existing School Administrative Unit (SAU) customer of Secondwind called on the company shortly after beginning the construction of a new middle school. The well servicing the school was high in iron and in fluoride. While the iron is considered more of a nuisance based on its ability to stain and its slight odor and taste, the fluoride was a concern because too much fluoride is unhealthy when consumed on a regular basis.

Goals
There were two goals for water treatment in this case. Goal #1 was to treat all of the water going into the school for iron. Goal #2 was to treat the fluoride in the most reliable and cost effective manner. One proposal from another company had already been rejected due to its high operating cost.

Challenges
Often the bid process used in construction, when applied to complex technical work can cause suboptimal results because there is little opportunity for discussion between the bidders and the project’s steering committee. In the case of this middle school, the SAU already had a history with Secondwind and felt comfortable engaging in the technical dialogue and arriving at a design that met their needs and their budget.

The project was complex because of the number of contractors involved. Where all sub-contractors were working simultaneously, it was tough for one to move forward if another had not completed their portion. Secondwind needed to work closely with plumbers, HVAC contractors and others to get the necessary water treatment system in place. Additionally, time was a factor. From start to finish, Secondwind only had six weeks to complete the project.

Solution
The system chosen by Secondwind to treat the fluoride was a reverse osmosis (RO) system to treat only the drinking water. With this approach, treated water is stored in a tank, re-pressurized and then distributed through a parallel plumbing system to specified drinking water locations. The upfront cost of installing the parallel plumbing system is easily paid back by the lower cost of the treatment system itself.

RO systems have a higher upfront cost, but the major benefit for the school system was that little maintenance is required and therefore the school custodian would not be required to maintain the system. In addition, the school does not need regular service calls — over time, saving money and leveling out the upfront cost.

A parallel plumbing system was installed along the existing plumbing to feed potable drinking water to all hallway bubblers, areas of the cafeteria and kitchen, as well as the home economics classrooms — in total, 50 locations deemed necessary for clean drinking water. All faucets required labeling to clearly identify whether or not the water was safe for drinking.

Results
Safe drinking water for the school children and staff was achieved after implementing the most consistently reliable system available. And because Secondwind was contacted early on in the construction phase, all plumbing could be contained within the walls alongside existing plumbing, preserving the aesthetics of the building’s interior design.