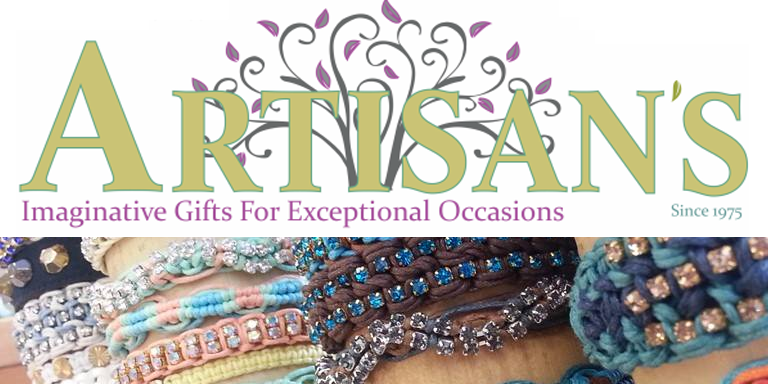 Marcy Vierzen (pictured above with her team at her gift store) prides herself on being an informed and educated homeowner and business owner. Her standards are high when it comes to making purchases for her family of five and for her business, Artisan’s New London. She seeks out the highest quality product, service, and value. For all of these reasons Marcy chose Secondwind Water Systems as her water treatment company not once – but twice!

Marcy and her family had their first home built in Springfield in 2001. About 10 years ago, after her husband had been diagnosed with Stage 4 non-hodgkins lymphoma, they learned that their water had high rates of radon. Concerned about the untreated carcinogen in their water, they had a radon system installed in their home by another company. However, the system had frequent problems; after several attempts to have it fixed, Marcy called Secondwind on a recommendation.

“I was wildly impressed when Vicki came out to the house for the first time,” commented Marcy. Vicki Coltey is now the Residential Sales and Service Manager and has been with the company for over 20 years. “As a business owner myself, I understand how important customer service is and it is extremely important to me. Vicki explained a very technical and complex issue in a way that I could understand, without acting like she was above me in any way. She, and everyone we’ve worked with since, including the Secondwind technicians, have been more than happy to take whatever time is needed to make sure I knew exactly what was being done.”

We got the radon system up and running, keeping Marcy and her family safe.

A few years later, when Marcy’s family moved from Springfield to Sutton, there wasn’t a question in Marcy’s mind who to call when the water in their new home presented water problems. This time, it was a totally different set of issues, requiring more pro-active than reactive treatment. Secondwind Water Specialist, Peggy Stokes, helped Marcy through the process and a Secondwind system was installed to treat acidic water and coliform.

Something unique to Secondwind, and very rare in the water industry across the country, is that the company is a woman-owned business. “I’m frankly impressed that it isn’t just men who show up,” states Marcy candidly. “Women know how other women think. They communicate things in a way that I understand and they know what is important to me.

“I recommend Secondwind to people all the time, and I would go with them again. Their follow through has been great. You don’t always get that, and I almost take it for granted now.”

Thanks so much, Marcy! We are grateful for your loyalty and are proud to have you as part of our Secondwind Family!

Call us and get your free water test today!

Celebrating 30 Years by Celebrating Our Leader, Christine
March 29, 2019
Contact Us
Go to Top