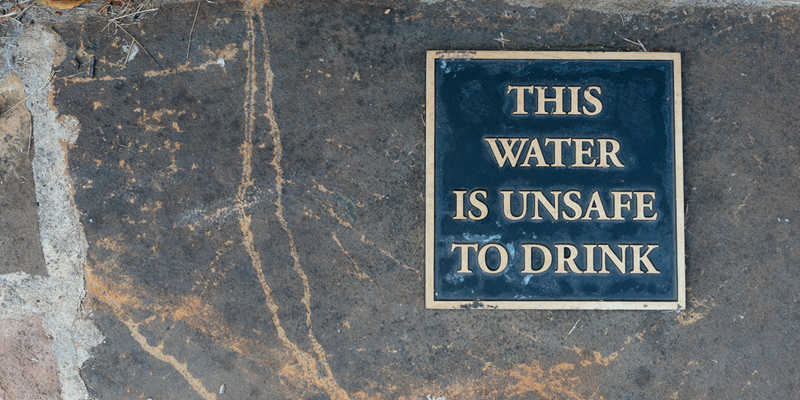 Water is essential to life. We drink it, make food with it, and bathe in it every day. Yet, until the Safe Drinking Water Act (SDWA) was signed into law in 1974, there was only a hodgepodge of state and local water regulations around ensuring adequate quantities of drinking water, with little thought about quality or safety. As Secondwind Water Systems celebrates 30 years in 2019, we are looking back at EPA water regulations then and now. This month’s blog examines the history of the SDWA, how it has evolved over the years, and how we meet and surpass the regulations the EPA sets forth.

President Gerald Ford signed the Safe Drinking Water Act to protect the quality of drinking water in the United States in response to the detection of contaminants and the lack of enforceable, national standards.  Under the act, the U.S. Environmental Protection Agency (EPA) contracted with the National Academy of Sciences (NAS) for a major study of naturally-occurring and man-made drinking water contaminants. Based on the study’s findings, it was authorized to set MCLs (maximum contaminant levels) for 23 contaminants or groups of contaminants. These standards apply to all public water systems serving 25 or more people 60 or more days a year. Based on ongoing research, the government continues to add contaminants to this list.

Even though the SDWA does not apply to privately-owned wells (homeowners are responsible for the safety of their water) or bottled water, which is regulated by the Food and Drug Administration (FDA), Secondwind uses these guidelines to help homeowners learn about what is in their water and what is considered ‘safe.’

Significant SDWA Amendments over the Years

In 1986, the SDWA was strengthened from an environmental standpoint, giving the EPA more enforceable powers. The act was amended to include 60 more contaminants. It also required wellhead protection, filtration for certain surface water systems, and disinfection for certain ground water systems, as well as restrictions on the the use of lead in solder and plumbing.

The 1996 amendments were designed to protect the safety of drinking water from source to tap. The existing law was enhanced to require source water protection, public water system operator training, and state funding for water system improvements.

Protections for microbial contaminants, including cryptosporidium, as well as the byproducts of chemical disinfection were also strengthened. In addition, the EPA emphasized that consumers have  a right to know what’s in their drinking water, where it comes from, how it’s treated, and how to help protect it. This amendment also required public water systems to complete annual Consumer Confidence Reports on where their water comes from and what needs to be done to ensure it is accessible and safe.

Through the Reduction of Lead in Drinking Water Act, Congress tightened the definition of “lead-free” plumbing fixtures and fittings by lowering the maximum lead content of plumbing products from 8% to a weighted average of .25%.

The EPA submitted its “Algal Toxin Risk Assessment and Management Strategic Plan for Drinking Water” to Congress. The strategic plan was written to assess and manage risks associated with cyanotoxins in drinking water provided by public water systems. The EPA continues to work with other federal agencies, states, territories, tribes and drinking water utilities to implement the strategic plan.

The Water Infrastructure Improvements for the Nation Act added several provisions, including:

And, in response to the Flint, Michigan lead contamination crisis, the amendment provided the city and other communities with funding for drinking water infrastructure upgrades.

In October of 2018, President Trump signed America’s Water Infrastructure Act, a bi-partisan bill set to allocate over $6 billion in funding for water infrastructure projects nationwide. This sweeping act will help communities throughout our nation comply with the Safe Drinking Water Act by funding upgrades for aging drinking water, wastewater, and irrigation systems.

The future of the Safe Drinking Water Act

Although the SDWA has been helpful in reducing water contaminant levels and protecting the public’s health, it faces many obstacles to effective implementation. According to the AMA Journal of Ethics, up to half of the US population drinks unregulated water from small systems that have fallen through the cracks of the regulatory protections imposed by the SDWA and other laws. And despite increases in funding, many experts believe significantly more money is needed to make critical infrastructure improvements. Some critics suggest that many of the existing SDWA’s contaminant levels are far too conservative. Others say further studies are needed on the health effects of the thousands of unregulated chemicals used in our country. While mounting public pressure may fuel regulatory change, political disagreement will likely cause significant delays in any proposed legislation.

At Secondwind, water quality and safety has been at forefront of our minds since we opened our doors 30 years ago. At that time, the EPA’s Safe Drinking Water Act (established in 1974) had been in effect for only 15 years. As New Hampshire’s leading water treatment company, Secondwind’s experts are well-versed in federal, state, and local water regulations. “An important part of our job is keeping on top of any changing regulations and safety recommendations as these affect a homeowner’s decisions around water treatment,” explains Steve Guercia, Water Specialist and Commercial Manager at Secondwind.

Because federal drinking water standards do not apply to private wells, homeowners aren’t required to test their drinking water. Most health-concerning contaminants found in New Hampshire–including arsenic and lead–have no taste, color, or odor. “So you could be drinking bad water without knowing it. Even if you know you have a water quality problem, no one is going to make you do anything about it,” he explains. Guercia points out that some towns might require testing, but not treatment. While some banks writing home mortgages impose minimum water quality standards, these vary from company to company.

For this reason, educating homeowners about water quality safety is important at Secondwind. Oftentimes, we hear from homeowners who have an obvious water quality issue, including staining or concerns around taste or smell. Once our technicians visit the home, they might recommend additional testing based on what they’re seeing. “I tell residential customers that their water quality is their responsibility and the best way to know what’s in it is to test it. Our goal is to make sure our customers have the information they need to determine what will make them feel safe,” Guercia says.

There is growing concern about the presence of emerging contaminants PFOA (perfluorooctanoic acid) and PFOS (perfluorooctane sulfonate). These and related manmade contaminants have been found in drinking water from 27 states, including Merrimack, New Hampshire. Presently, they are not regulated under the federal Safe Drinking Water Act, but are classified as contaminants under emergencing concern until further research on their health effects is conducted.

“The State of New Hampshire didn’t want to wait for the government to come up acceptable levels for these contaminants,” says Guercia, pointing out that Secondwind spent over three years conducting pilot studies on testing and treating PFOA and related contaminants. “I’m pleased to say that using reverse osmosis and carbon systems, we have designed a whole house water system that can provide non-detectable levels of these contaminants,” he adds.

Questions about Water Quality and Safety in NH