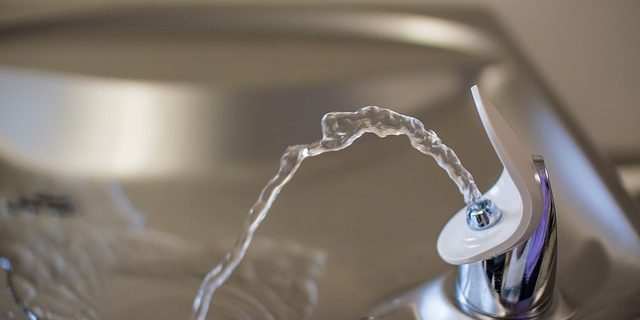 Lead in school drinking water continues to be a challenge for New Hampshire. Three years ago, Governor Sununu signed Senate Bill 247, the Prevention of Childhood Lead Poisoning. The law requires testing for lead in drinking water for all public and private schools and licensed childcare facilities.

As of April 2021, there are drinking water samples from approximately 600 public and private schools and 500 childcare facilities across the state of New Hampshire or about 23,000 samples. According to the bill, if test results demonstrate the presence of lead exceeding 15 parts per billion, the school or childcare facility shall notify parents and guardians within five business days.

The American Academy of Pediatrics (AAP) states any lead contamination more than 1 part per billion should have immediate action. NH school testing results in 2019 showed the majority of reporting schools (85%) found lead levels over 1 part per billion in one or more locations, with a number of schools reporting lead levels more than 15 times higher than the AAP’s recommendation.

According to the The New Hampshire Department of Environmental Services (NHDES), there is no known safe level of lead exposure for children. Children exposed to lead could experience many long-term physical and mental growth and development issues, including:

Children ages six and under are at particular risk of lead exposure because they absorb lead more easily than adults. While the effects of lead exposure can be managed, they cannot be remedied.

You can download the latest report lead in school water report from the NHDES here.

The NHDES recommends that schools on municipal water regularly take samples from every drinking water site including individual taps, water bubblers and coolers.

How lead gets into school water supplies

Lead rarely occurs naturally in water. Instead, lead from brass plumbing leaches into water as it moves through the system. Although the public drinking water supplied to most schools may meet federal Environmental Protection Agency (EPA) standards, lead can still get into school drinking water.

If your school has its own public water system, the state requires a series of lead and copper samples. But if you’re not testing every drinking water point of use, you could have lead somewhere in your drinking water.

The EPA has a 3Ts toolkit for schools and child care facilities to help them implement a voluntary program for reducing lead in drinking water. The 3Ts consist of:

The EPA has a seven module toolkit for the 3Ts, but also offers some immediate action items for schools:

NH wells not regulated for PFAS in water
November 17, 2021