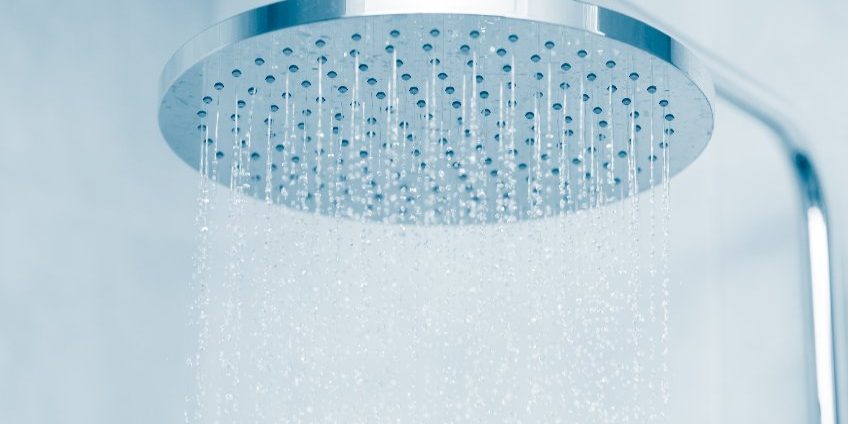 Residential water treatment challenges vary but as you’ll see in the customer stories below, the water experts at Secondwind don’t give up until they find a solution for each customer. In some scenarios, we’re making things right after another water company failed the customer. They may have the wrong system installed or the wrong water treatment products. Here are three success stories where Secondwind ensured that customers had safe and delicious drinking water.

Ed and Helen of Bedford, New Hampshire, had many challenges with the quality of their water during the first five years of owning their home. They inherited a water system from a local well company. The system was not equipped to handle the significant levels of iron and manganese present in the well water. The iron and manganese were ruining their bathtubs, showers, toilets and  washing machine. Helen’s hair discolored from a blond to a reddish blond.

The previous well company replaced the existing equipment with a solution they guaranteed would work. After a year and many conversations with the well company, it was clear the new system couldn’t handle the volume of iron and manganese present in the well water.

Ed contacted Secondwind for help. We designed a brand-new system, while also finding a way to repurpose some of the equipment they had recently invested in. The key to success was  installing a Kinetico twin tank, non-electric water conditioning system that could remove the high volume of iron and manganese consistently.

Kinetico conditioners can clean themselves with treated water. The Kinetico system is more efficient and requires infrequent preventive maintenance compared to many residential water treatment systems.

Today, Ed and Helen love the quality of their water. Helen’s hair is back to its normal shade and their laundry is perfect.

Shana purchased a home in Hudson, New Hampshire. The home inspection revealed a high level of arsenic in the well water, about eight times the Environmental Protection Agency’s primary standard (the EPA standard is 0.01 parts per million ppm).

Shana was concerned so she followed her realtor’s advice to work with a local water treatment company to install a solution. Within a matter of days, the seller of the home agreed to install a system and it was installed. Things moved quickly, and Shana didn’t have the chance to research the system being installed, the company who was installing it, and how it functioned.

A year after purchasing the house, Shana had the water tested for arsenic levels through the water system. The levels were nearly identical to what they had been without the filtration system. The one-year-old system was in complete failure. The water treatment company explained that they would need to replace the arsenic removal material in their system at least once per year at an approximate cost of $2,000 annually. She did that for three years, costing her $6,000.

Was there really no other way to provide safe water for her family, Shana wondered. She contacted Secondwind Water for a consultation on the situation. We offered Shana two alternative water treatment options. Ultimately, she chose to install a Kinetico K5 reverse osmosis system at her kitchen sink, with a separate feed to the kitchen sink in her in-law apartment. This solution cost about $3,000. Shana will need to change filters on the reverse osmosis unit for approximately $285 per year.

Today, Shana has safe, great tasting drinking water for her family, and is saving more than $1,700 per year in ongoing maintenance costs.

Dan and Erica built their forever home in Bow, New Hampshire. When Dan lived in another part of the country, he experienced poor water quality. The hard water was full of sulfur and iron, and had some other issues. That experience resulted in Dan placing a high priority on  water quality in his new home.

Dan was referred to Secondwind Water by work colleagues, and after researching the company and the products we offered, he gave us the opportunity to design a water system for the house.

The well to the new house had not yet been hooked up or flushed. This meant there was no way to accurately test the water for several months. Despite this, Dan insisted we propose a system and scheduled an installation. He wanted to buy multiple systems with a total price tag north of $15,000. We pushed back on Dan, encouraging him to be patient and wait until the water could be tested. From the eventual water test, we provided him with the water treatment that he needed.

Once the well was flushed, we tested the water and found iron, manganese, hardness and uranium at higher levels than we recommend. We provided multiple options to solve the problems. Ultimately, the system installed was approximately $6,000 and perfectly suited to give Dan and Erica fantastic water.

Dan appreciated that we pushed him to be patient and not spend money  unnecessarily.

You don’t have to wait until there’s a noticeable problem like staining of your clothes before you get water tested. We offer a free residential water test that you can schedule today.

Know that your water is safe for your family. Our handy guide will help you understand your water report.

When to DIY and when to contact our water system experts
October 6, 2022