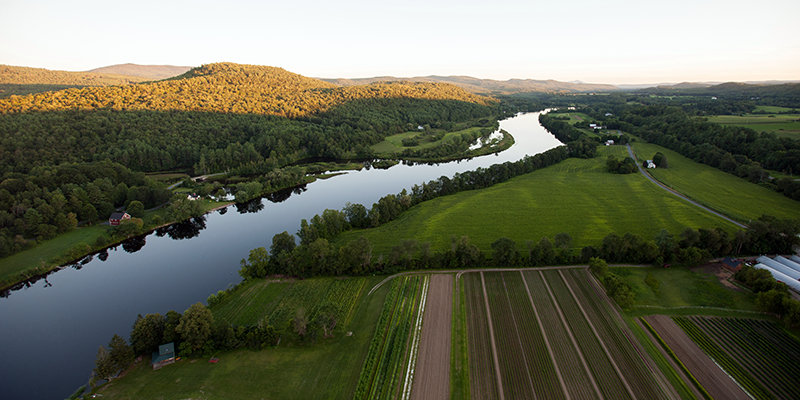 New Hampshire is graced with a lot of water. Rivers, lakes, marshes, and a wee bit of ocean front. So much of our natural and cultural history centers around our water, yet it’s easy to take for granted. Over the next months we’ll highlight the many gifts our natural water systems offer those of us who live and visit the Granite State.

At 410 miles, the Connecticut is New England’s longest river. It has a long cultural history, rich flora and fauna, and scenery that has appealed to artists for centuries. It is also the first, and only, National Blueway designated under the America’s Great Outdoors initiative by the Obama administration in 2012.

The river originates at Fourth Connecticut Lake, a tiny beaver pond 300 yards from the Canadian border. It then flows to Long Island Sound. New Hampshire and Vermont share 275 miles, or two thirds of the river’s length.

The marshes at the mouth of the Connecticut are designated as internationally significant under the Ramsar Convention, an international treaty intended to protect especially valuable wetlands. It is one of 14 federally designated American Heritage Rivers.

Archaeologists have documented numerous sites along the river where Native Americans fished, hunted or farmed.  For Native Americans and the earliest European settlers, the Connecticut was a highway. It was often the easiest mode for travel in the region and an invaluable source of fish and game. Biologists in recent years have identified the valley as a migratory flyway for birds.

Landmarks Along The River

The Fort at No. 4 Living History Museum in Charlestown, NH, offers a glimpse of what life was like when the Northern Valley was a frontier in the mid-1700s. The Fort recreates and interprets the first permanent Euro-American settlement in the upper Connecticut River Valley, in 1744. The fort is represented by a reconstructed log museum at the site of a Contact Period Abenaki village. In addition to its exhibits, the Fort offers a busy calendar of re-enactments and programs. 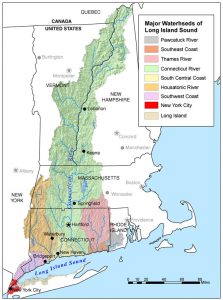 The Poore Family Homestead in Stewartstown, NH is a protected 100-acre property that is home to a 1826 homestead, barns, furnishings, and tools of this early hill farm. You will find displays of original farm machinery and household necessaries used by generations of the Poore family. Located near Beaver Brook Falls, the farm is open to the public during the summer.

The 2 ½ mile Trophy Stretch of the Upper Connecticut River in Pittsburg, NH provides some of northern New England’s best trout and salmon fishing. Throughout the season and even in the heat of summer, you’ll find phenomenal fly fishing due to a bottom release dam that provides clear, cold water all season long.

If you simply want to take a scenic drive and experience the beauty and history of the river, the 140 mile Connecticut River Ride is a wonderful option. This ride follows the Connecticut River along the western border of New Hampshire from the junction of Rt. 9 in West Chesterfield to Littleton in the White Mountains.

In the coming Summer months, take some time to explore and experience our lovely Connecticut River Valley.

Jesse Gagnon: Professionalism and Compassion in Action
January 13, 2020
Contact us
Fill out my online form.
Go to Top